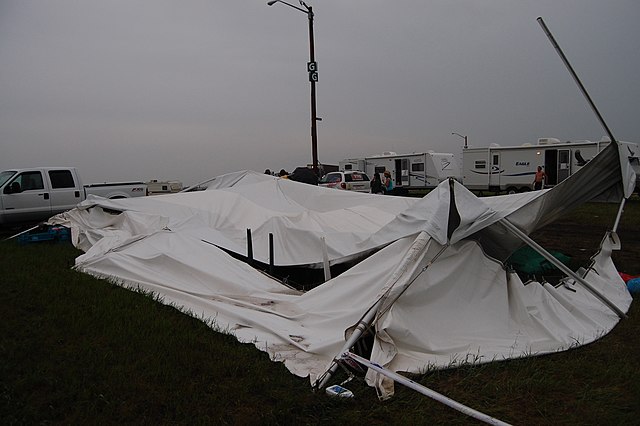 About a year after I excised Mormonism from my life, I received a Facebook invitation from someone I hadn’t thought about in all that time. It was for an event called “Sit With Me Sunday,” organized by a group of self-proclaimed LDS allies to LGBTQ people as an attempt to make sure queer people knew they were welcome at church and that they’d have someone safe to sit with. Although it’s been perhaps a decade now, I still think about that invitation any time I hear well-meaning progressive Mormons spreading the lie that there is a safe way for marginalized people to exist within the LDS church.

I understand the impulse—I do. The Church offers such enticing fruits. Among them are the Gift of the Holy Ghost, forever families, community, salvation, and eternal life. Who wouldn’t want to share all of that with every person on the planet, living and dead?

The ability to see the joy the Gospel brings while overlooking the harms it perpetuates is rooted in wildly oblivious privilege. Among those harms are misogyny, white supremacy, homo- and transphobia, toxic capitalism (and forgive me for not making this list exhaustive). The cisgender straight white lady who invited me to sit with her in church was able to focus on the positives of Mormonism, and she likely thought I would be able to do that too. After all, she had never sat through sacrament meetings and general conferences and endowment sessions as a queer person or a racial minority, as I had for over thirty years.

Recently my husband and I took our children to a nephew’s bar mitzvah out of state. Our hotel must have been a Marriott, because after the day’s events, the children handed me a Book of Mormon they’d found in a drawer and begged me to read it to them as their bedtime story.

I handled it with apprehension; my most recent reading had been shortly before I separated myself from the Church, when I had finally been struck by the rampant racist language I’d humbly consumed my entire life. I had grown up believing that book when it said that my ancestors’ skin was turned dark by God because of wickedness so that we wouldn’t be sexually appealing to the righteous whites. I already thought of myself as a Lamanite by my son’s age (five), and sometimes cried myself to sleep over the curse that was supposedly the reason we were the only brown family at church. My kids are brown and black, and I would never expose them to that pernicious rhetoric.

But I remembered that the curse doesn’t come in for a few chapters, so I figured we could read about Nephi and his goodly parents and their exodus from Jerusalem, and the kids would quickly regret their request and fall asleep.

They did fall asleep, but not before I found myself reading antisemitic propaganda that accused the Jewish people of wickedness and abominations, that claimed that they mocked, stoned, and killed God’s messengers for talking about Jesus. This shocked me. I had read this chapter dozens of times before I met my culturally Jewish husband and his religiously Jewish family, but I had never until now thought of this passage as harmful. I realized in that moment that these verses were the first thing I had ever learned about Jewish people as a child. After having spent my day celebrating my nephew’s heritage, I felt sick revisiting the warped version of his identity that I had been fed.

The antisemitism in the Book of Mormon was obviously not new. Any Jewish person who has read it since it was published in 1830 would have seen it, but I had not noticed it until I had a Jewish family myself. A wave of compassion rolled over me then for those well-meaning Mormons who invited me back to church long after I made the excruciating and lifesaving decision to leave . They weren’t choosing to ignore the source of my distress; they had just never learned how to perceive it. People mistake their own experiences as universal.

Faithful Mormons can be bolstered in believing the Church is good for everyone by Mormons who belong to oppressed groups and work tirelessly to overcome cognitive dissonance and stake out their own elbow room in a hostile crowd.

I understand these indefatigable saints, because I was once one of them. They are the publicly tortured Mormon gays on social media claiming that if you just find the right ward you can even someday be the ward organist. They are the various Mormon ethnic minority activists who try to reinterpret two centuries of systemic racism in the church as the prophets “speaking as men.” They are the Mormon feminists who have latched onto fringe doctrines about our Heavenly Mother and thank the Brethren for the fact that women are allowed to say the prayers in General Conference now.

I feel such a kinship and compassion for these types, who want so badly to believe in a big-tent Mormonism that they’ve brought their own canvas and thread and have started erecting whole new unsanctioned wings. But no matter how many Mormons promise us there’s room for us in church, the Church itself proclaims otherwise.

Case in point: on Friday (April Fool’s Day, tellingly), The Independent ran an article by a feminist Mormon arguing “almost everything you’ve heard about my culture is wrong.” The thrust was that Mormons are not a monolith. There are queer Mormons and Indigenous Mormons and Democrat Mormons and Mormons who pray to Heavenly Mother—a heartwarming notion. That same weekend, the Church’s apostles seemed to directly contradict the claims of heterodoxy.

On Saturday in a global broadcast, Dale Renlund, a Mormon leader, commanded women not to pray to Heavenly Mother. On Sunday another Mormon leader, Dallin Oaks, reiterated the church’s teaching that the Devil seeks to oppose progress “by confusing gender, distorting marriage,” etc.

The tent is intentionally kept small. It’s not a religion or culture of diversity, dissent, progress, or pride, nor does it want to be. The ringmasters flick their whips; some of us are driven out, and those packed in the stands who didn’t directly feel the stings clap and cheer.

Efforts to sell the Church as a diverse, inclusive, harmonious organization end up little more than propaganda bolstering a deleterious status quo. Such a misleading stance encourages marginalized members to stay in an environment that actively hates and hurts them, and it allows those who more naturally fit the Mormon mold to believe that the Church really is one-size-fits-all.

To the sweet faithful Mormons who stay, I’m happy for you that the Church has brought you a measure of joy I never found there. But if you love those of us who never quite fit, please do not try to help us remain within the Church. We have already lost too many of our siblings. Please encourage and assist us to peacefully leave and rebuild our identities and lives somewhere safe. Don’t ask us to sit with you in a tent that has room for you, but never for us.

Brother Selected For The “I’m A Mormon” Campaign

7 thoughts on “The Dangerous Myth of Big-Tent Mormonism”