Summertime is upon us, which means it’s time for planning for the annual Pride parades.Â  Last year was the first time Mormons marched in Pride in large numbers.Â  The contingent in Salt Lake City was the largest, marching behind a banner titled Mormons Building Bridges (MBB).Â  MBB garnered nearly all the media attention, despite the fact that smaller contingents (such as Mormons for Marriage Equality) organized in far more cities across the country with messages advocating equality (e.g., marriage equality, same-sex intimacy as morally neutral). 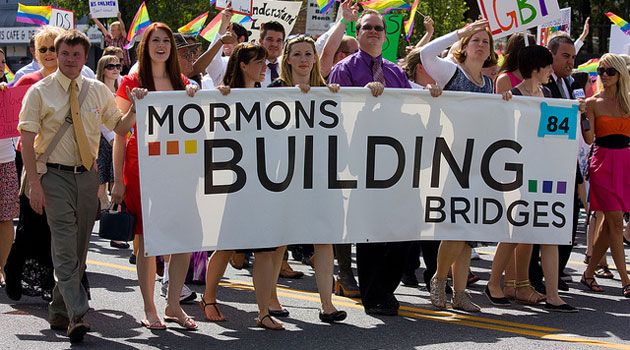 MBB, so far as I understand the group, is not for equality.Â  They correlated their signage around the message of “love,” banning messages of equality (i.e., messages “against Church teachings”) — not only in the parades but in ensuing conversations on Facebook and elsewhere.Â  Their logic is that they want to bring in the most Mormons into a needed conversation about same-sex attraction, and advocating equality hurts that goal.Â  One might argue that this piecemeal strategy is okay — realistic even — so long as their end goal is equality.Â  But it’s not. Their end goal is to “extend the message of Jesus Christ” to better include gay Mormons, which means, “Don’t be scared of or mean to gay people, but same-sex intimacy is still a sin.”Â  Basically, it’s the same message the Church has been peddling for decades, but it’s “new” because it’s in a Pride parade. And now, it’s a church-wide “thing” (See Mormonsandgays.org).

For the reason of letting the Church “get away” with this — using Pride to its ends — I’ve also been critical of the LGBT community. The LGBT community puts too much focus on rights-based strategies, not realizing how they’re empowering privately-owned heteropatriarchal institutions like the Church in the process. Long after there is national gay marriage, there will still be heteropatriarchal institutions like the Church.

Last summer, I was pretty frustrated with the media coverage of MBB because everywhere it seemed that MBB was linked with the idea of Mormons as pro-gay; and in an election year with a Mormon presidential candidate, this was a highly problematic mis-message.

That was 2012.Â  Now, the situation is somewhat different.Â  The more MBB is associated with Mormons working against their own Church, the more the Church seems unstable.Â  However, I also believe that the Church doesn’t mind the perceived instability, as it can turn it into “multicultural, diversity of thought” (think the strategy of the “I’m a Mormon” campaign), knowing that, on the ground, Mormons are still behaving in a correlated fashion, which they certainly are in MBB.Â  I’m pretty sure that if MBB marches again this year (if Pride organizers allow them), there will be no change in their signage policies from last year.

Hopefully the media will focus on Mormons who really are for equality, whose messages demonstrate actual instability in the Church on the issue. I think I got my hopes too high last summer, lol. 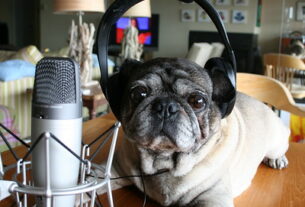 The Ignorance of Defensive Mormons

48 thoughts on “Pride parades this summer: Will MBB march again, and if so, will they allow signs that advocate equality?”