I thought the word “countenance” was a word that only LDS people used. Apparently, it’s a real word, in the dictionary and everything. The dictionary.com reads:

When I left the Mormon church 12 years ago, I lived with my mother and dad. I was being terrorized by my then-husband because I had left him and planned to divorce him, I had been betrayed by men in my ward, and all the while I was fighting depression and a weird phantom goiter in my neck. When I say ‘phantom’, it’s because literally nothing was there, but I couldn’t swallow without copious amounts of liquid, One time, I nearly choked on a candy Hot Tamale.

I went to the bishop of my ward who was also my father in law’s bishop AND coincidentally his business partner. The bish told me that I would lose my children in eternity because they were sealed through J, my husband, not me. He then asked me “Do you know how difficult it is for a woman with two children to get remarried?” He told me to go into counseling with J, to the Sunday School teacher in the same ward,Stewart S, a LCSW.

I went to counseling and Stewart didn’t validate or acknowledge that I had been physically or emotionally abused. He actually made light of it. I told him how unhappy I was; he pronounced me ‘depressed’. Then this LCSW non-doctor gave me samples of Prozac to take one week out of the month because apparently all of our marital problems were due to my PMS. (this is no joke by the way).

That night, my FIL called my mother and told her that I was “a very disturbed young woman” and “depressed” and proceeded to tell her the things that had been said in confidence in the counselor’s office. It seems that ol’ Stewie called the bishop who called my FIL and they “returned and reported” like good little boys.

I had turned to these men for help, and they used everything I said to make me out as a crazy person, when I was, in fact, being abused by J. The only person that kept me sane was my sister. She was the only rope that anchored me to Earth, kept me from dissolving into madness and a doormat to be trampled by those who felt they had that right. The last session with Stewart, I reiterated the physical abuse (which J heartily denied, despite a documented doctor visit). Stewart said in his nasally, whiny voice: “So did he ever trip you, or flick you with his finger? Let me ask you this: what is it you said to him before he hit you?”

I had anger, rage, and indignation well up in me so strongly that I actually stood and placed my face as close to Stewart’s ugly, red, broken-blood vesseled nose as I could and said: “I don’t know Stewart; what would I have to say to you to make you hit me?”

I walked out and never looked back. Then I went to my dear friend K’s house. She was in massage therapy school, a good Mormon and a very open-minded and non-judgmental woman. I told her about my swallowing issue, and proceeded to tell her about my beliefs and Mormonism. She finally said, “Juls, is it possible you can’t swallow because you simply can’t swallow the Church anymore?” That statement hit me right in the solar plexus. It resonated with me like a gong.

Shortly thereafter I made a list. The list was two columns. What I believed to be true, and what I didn’t, about Mormonism. One of the things on the list under “not true”: coffee drinking is bad. Tea is bad. I listed everything the Church taught and put them in one or the other column. Then I counted. The “nays” had it. I made a cognizant decision then and there to leave the Mormon church for good. Then I went out and had the best cup of coffee I had ever tasted.

Back to my original word: countenance. During all of this, my mother told me that my ‘countenance’ had darkened. She ascribed this to me leaving the church. Let that sink in for a minute. I had been abused for four years under the noses of my Mormon in-laws; I was betrayed by men who were supposed to help me, I was going through a divorce with two small children, leaving my religion of origin, dealing with my mother calling me a slut on many occasions when I didn’t come home to listen to her degrade me…and my COUNTENANCE was dark?

Any time a person goes through grief, mourning, disruption and change, you can see it on their faces, in their eyes. Yes, even Mormons who have “trials” lose that bright quality in their faces when they are stressed, saddened or worried. Yet the card that is played by many Mormons when a person leaves is: “Your countenance has changed.” Well, no shit Sherlock! When anything ends, it isn’t simple. No one has all-bad memories of being Mormon or they would never have joined, or stayed long. Mormonism has plenty of good things for many people. Even though I left, I still am grateful for the many experienced that I consider positive in the Church. You aren’t just leaving a church; you are leaving security, community, a sense of knowing and safety.

But to tell someone that their ‘countenance’ is no longer ‘light’ is an insult on top of an injury! It’s playing the God card; there’s no refuting it, unless you go to the store and buy some bronzer. There’s no way to appear ‘glowy’ when you’re in upheaval. And when someone calls you on it, it causes you to stop and say, ‘Oh God, everyone can tell, they can see that I’m not happy. Is it really because I no longer have the Hobie Ghost?’ (misspelling on purpose here). It is a manipulation and a violation of a boundary to tell someone that they are no longer happy in the guise of a perceived observation. ‘The light has gone out of her eyes.’ Well of course it has! When we leave, our whole world, our whole existence is turned upside down. Do you think I wanted to leave? I didn’t! I wanted to stay in my comfort zone; I wanted to rest assured that I knew the answers to everything. But I could not deny what the spirit–MY spirit– was telling me: It was time… for an upgrade.

My mom would shake her head when I’d come into the room. Every time I came home late she murmured under her breath about what she thought I was doing. I continued to see a counselor to try and deal with the abuse in my marriage, and he informed me that since I had not been to church for a while, the ward had stopped paying for my counseling and I owed him $3000. My ‘countenance’ was quite dark when I learned that information. I had no money, no job, no housing, a psycho-violent soon to be ex, in-laws that were slandering my name to the whole ward, no family support (except my sister, God bless her)…and two young children who needed me and who were hearing all sorts of awful things from their daddy about mommy. And my countenance was dark. Tsk tsk. See? See what happens when you leave the One and Only True Restored Gospel?

My friend who is leaving the Church sees and feels the difference in herself, and her family remarks on her loss of that “peaceful, happy glow”. I wonder how much she glowed during her marriage stresses when she was on the brink of divorce? Or when she had financial stresses or serious health problems with her child? Did anyone mention how dark her countenance was then? No, because she still went to church; she was still a believer, and allowances are made for people going through ‘trials.’ But when they leave, tsk tsk, no wonder the countenance is so ‘dark’.

Let me assure you, all of you who feel a ‘darkened countenance’. The light will return, but before it does, you must mourn. Mourn your loss. Accept that there is beauty in the dark, for that is the language of the inner-sanctum of the soul, the unconscious mind that connects you to All. There is beauty in sadness, solace in isolation and grief. Like the Earth’s early spring that begrudges us any hope of green, if you look closely enough and be patient, buds will appear, new life awaits, and the light is sure to follow once you allow yourself to go through your winter.

Or there’s always the cosmetic counter at Macy’s with some really good bronzer.

*not actual photos of men, except FIL.

Repost from Ravings of a Mad Woman blog 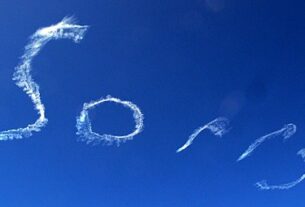 The prophets say God’s love is conditional, but they can’t say ‘I’m sorry’

Only for American Mormons, July 2011

10 thoughts on “The Light Has Gone Out”