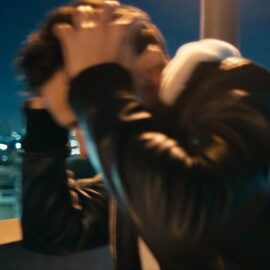 Twenty two years ago this month, Stuart Matis, a Latter-day Saint in his early 30s who was troubled by his attraction to men, pinned a note reading ‘do not resuscitate’ to his chest and shot himself on the steps of the Mormon stake center in Los Altos, California.

Last month, singer David Archuleta, a Latter-day Saint in his early 30s who is troubled by his attraction to men, posted a rambling video on Instagram, where he debated whether God would want him to end his life or “give in” to having a romantic relationship with a man. “Maybe if I die,” he said, “I’ll have a better chance at salvation than if I were to live gay.”

In his excellent essay, Nathan Kitchen, president of Affirmation, a support group for queer Latter-day Saints, described four ‘generations’ of gay Mormons, each initiated when the Church “abandons practices for managing sexual minorities that can no longer be tolerated by the general public, healthcare professionals, parents and outside organizations.” While each new set of management practices is gentler and more socially acceptable than what came before, Kitchen wrote, they are all wrapped around the same false narrative of “heterosexual supremacy.” (NB: Like Kitchen’s essay, my post focuses on gay men within the Church. This is not to diminish the cruel treatment lesbians and other queer people, especially transpeople, have received. Also Archuleta has referred to “living gay” but described himself as bisexual and asexual.)

The first of these generations is the Miracle of Forgiveness generation, named for Spencer W. Kimball’s notorious 1969 book, which blames homosexuals for causing their ‘perversion’ by excessive masturbation, among other character defects. It frames homosexuality as a “repugnant” spiritual disease and “abomination” curable with righteousness and determination. It even seems to make a glancing reference to electric shock therapy. Church leaders of this generation endorsed public rejection and harassment of homosexuals as the moral option. (Scholar Duane Jennings has reported that the chapter on homosexuality was a last-minute emergency addition. Halting was printed after the Stonewall Riots so the Apostle Kimball could add ‘Crime Against Nature’. The Church quietly stopped printing the book a few years ago.)

The second generation is the silent generation, which encouraged homosexual men to quietly pretend to be heterosexuals, which meant encouraging sports, ‘masculine’ dress and behavior, and marrying women. Kitchen describes visiting his bishop as a teenager in 1986 and being assured that if he went on a mission, married in the temple, and never told anyone he was attracted to men that everything would be all right.

The third generation is marked by encouraging people to describe themselves as “struggling with same-sex attraction,” which was treated as an unfortunate, pathological condition. (The word “gay” was discouraged to de-emphasize identity and focus on behavior.) No longer were gay members (or their parents) to blame for their homosexuality. Instead, they deserved compassion for shouldering their inexplicable (but at least acknowledged) burden, which many leaders still claimed could be overcome.

Matis exemplifies this generation. “Same-gender attraction is a challenge, not a character defect,” his parents wrote in In Quiet Desperation, a sort of posthumous memoir published by Deseret Book, the Church-owned press. Rather than acknowledging that they were contradicting past condemnation from Church leaders, the Matises wrote as if they were correcting an unfortunate misperception their fellow Mormons had picked up somewhere.

The Matises even laud Church leaders for showing compassion. Their evidence? The 1990 version of the For Strength of Youth pamphlet reads, “Homosexual and lesbian activities are sinful and an abomination to the Lord (see Romans 1:26-27, 31).” In 2001, that was changed to read, “Homosexual activity is a serious sin. If you find yourself struggling with same-gender attraction, seek counsel from your parents and bishop. They will help you.” In quintessential Mormon fashion, the Matises embrace Church leaders’ changing management strategy without acknowledging the change. “How grateful we are for that clarification,” they stated.

Kitchen describes the fourth, current generation as the celebrated celibate and single sexual minority. “Instead of rejecting language,” he writes, “the church now has to market the benefits of belonging to an organization that affords its queer population less rights and protections than they are guaranteed under the constitution of the United States.” That includes the promotion of “carefully curated queer voices.” In 2016, the Church launched its Mormon and gay website, featuring videos of gay, lesbian and bisexual members committing to faithful celibacy or traditional marriage, but also openly accepting themselves as not straight. That said, BYU still punishes students for ‘homosexual behavior’ as chaste as holding hands, and gay Mormon couples have been excommunicated for getting married.

How do Matis and Archuleta’s experiences map onto shifting generations? Obviously, the question is simplistic since the two men represent different personalities and the public statements I’ve encountered can’t fully represent them. Still, there’s something to be learned from asking.

Like many gay Mormons, both Archuleta and Matis recount asking God repeatedly to take their attractions for men away. In his January post, Archuleta describes getting an unexpected, comforting response. “David, you need to stop asking me this. You have been praying about this over half your life. I’m not going to change this. I created you the way you are.”

Matis may have received a similar answer, yet felt despair. “God never intended my orientation to change in this lifetime,” he wrote in his suicide note, adding that he had trusted in God and hoped. Without that hope, he decided to end his life. “I simply could not live another day choking on my own feelings of inferiority,” he wrote. “I am now free. I am no longer in pain and I no longer hate myself.”

A letter printed in BYU’s student newspaper from Matis’s brother hints at the hostility Matis faced. “To those who feel that my brother was no better than a murderer or an adulterer, I would like to say that the murderer and adulterer choose to be what they are.”

Several accounts (including Church-owned Deseret News) report that Matis hoped his act would reduce homophobia in the Church. “Perhaps my death might be the catalyst for some good,” he wrote.

Eleven days after Matis killed himself in 2000, California voters overwhelmingly endorsed Prop 22 to ban gay marriage. As with the 2008 California Initiative Prop 8, the Church urged its members to contribute their money and time to fight (successfully) against marriage equality. Today, about 70% of Americans support same-sex marriage, double the percentage 20 years ago.

When Archuleta came out publicly last year, he was feted on Good Morning America and featured on Mayim Bialik’s Breakdown podcast. Archuleta told Bialik that he did not feel rejected in 2014 when he told his mission president that he was attracted to men. Certainly the reaction would have been different if he had ‘acted on it:’ his January Instagram post implies people have told Archuleta that if he ‘gives in’ and dates men, he’ll be unhappy.

But Archuleta is pushing back. “They say you are choosing gay over God. God doesn’t see it the way a lot of people see it,” he said. “If I marry a man, does that mean spirituality is out the door? No.”

I cheered when he said that, and wondered, now that same-sex marriage has been legal in the US for the better part of a decade, if Archuleta had been able to meet gay couples leading the sort of life that would feel right to him.

But that’s not the life the Church wants for this fourth generation. In November, after Archuleta gave performances on the grounds of the Oakland temple that drew thousands of spectators and many potential for missionaries, an article in Deseret News interviewed the singer about how he reconciled his sexuality and faith that was clearly positioning him to be among the carefully curated queer voices. It reads, “Archuleta says he goes out with guys in the same way he went out with women — not in a sexual way.” It then includes bullet points summarizing the Church position:

That last bullet point is a lie. Marrying in the temple is required for full salvation. Marriage is also required for a variety of church callings, such as bishop and stake president. As Kitchen explains, “the church is just set up socially and theologically for singleness to be a temporary state.”

Each generation, Kitchen writes, has carried a great human cost in suffering, lost lives, and broken marriages and families. “I am not even sure how the church can manage a fifth generation of sexual minorities after celibacy and inequality does a slow burn through the mental health of this current generation.”

Meanwhile, Archuleta is alive, and Matis is sorely missed. I’ll end on the advice Matis’s bishop described offering him more than two decades ago. “I said if this is a choice between life and the church, he should choose his life.”

PS1: A team at Utah State University is launching a 10-year, longitudinal study that looks at the long-term implications of navigating LGBTQ+ and Latter-day Saint identities. It’s for people who are at least 18 years old, experience sexual attraction for same sex adults, and who were baptized a member of the Church at some point in their life. Learn more here.

PS2: After I wrote this post, I wondered how Archuleta’s experience compares with two other singer-songwriters who were raised Mormon. Tyler Glenn, lead singer of Neon Trees, put out his Excommunication album after the Church declared that members in same-sex marriages were apostates and their children could not be baptized. (Mormon story interview here)  Another, Justin Utley, a survivor of conversion therapy, was a featured performer at the Salt Lake City Winter Olympics in 2002. He is now an advocate for civil rights and LGBT equality. His 4th album, Scars, was released in 2019 with a new version of his single, “Survivors” released on World Suicide Prevention Day last year.  (Latter Gay Stories interview here) BTW: Archuleta’s latest album is called Therapy Sessions.  If you would like to write that post for this blog, please DM me at @monya_PostMo. I hope you do.

Even if the church is perfect, the people aren’t

Why are Ex-Mormons So Angry (and other questions)? Part II