Note: Submit your nominations for the Brodie Awards!

Wow, have we got an impressive set of X-Mormons this year!! Vote here:

Here are some details about the nominees:

Any Opposed : The organization that stood up and voiced opposition in General Conference (after the traditional request of “any opposed?”)
Ryan McKnight a.k.a. FearlessFixxer : The first person to inform r/exmormon and John Dehlin of the new policy regarding the children of Homosexual couples.
Alan Rock Waterman : A blogger excommunicated for apostasy in 2015.
Marisa and Carson Calderwood : A couple excommunicated for apostasy in 2015.
Lindsay and Kirk Van Allen : A couple of bloggers disciplined in 2015 for writing posts opposing polygamy. Note: It is an error that Lindsay is not listed with Kirk in the above poll. (I’m not totally sure I can fix it without wrecking the current totals — I apologize for the above error.)
Mark Naugle a.k.a. Chubs Gato : The attorney who did the paperwork pro bono for 2500 resignations from the CoJCoL-dS in the wake of the disastrous policy change.
John Dehlin : A popular blogger and community organizer, John Dehlin makes a big splash every year, but in 2015 he was excommunicated.

I predict this will be an exciting race!

The polls will remain open until Friday, January 22, 10:00 a.m. Switzerland time. Vote early, vote often! Kidding!!! Please vote only once per person — and you know their limitations — so you’re kinda on the honor system. 😉

And don’t forget to submit your nominations for the Brodie Awards — for the best LDS-interest content of 2015!!! 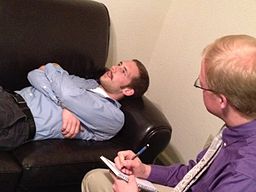 Psychotherapy, Mormonism, and me

Even if the church is perfect, the people aren’t