Ahhhhh! The smell of fresh, juicy, slightly wrong Mormon blog posts. It must be Sunday!

I have been doing a series of posts related to Mormon and Post-Mormon issues that seem to be *hot* this year. With more and more people interested in Mormons, and now the change in rules for when male and female missionaries are allowed to serve, the Bloggernacle keep heating up! So, if you missed the first posts in the series (because I was a slacker and wasn’t cross posting) here is your chance to catch up. If you have been catching them on my blog, you will notice they are a little different. Thanks to Kevin who suggested that I should include the topic of the post in the title, and not jsut which post number it is. Ahhhhh, aren’t friends great for helping you see your blind spots? I am glad I have so many friends looking out for me.

I am using the same introduction for each post, both because I think that it helps keep them uniform, but also so I don’t have to try to come up with 20 ways to say the same thing! 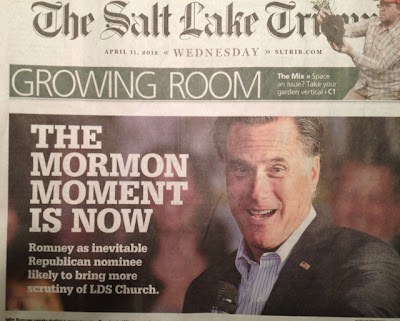 What this series is about:

If you are Mormon, you are probably sick of hearing about the Mormon Moment. There are so many people who are suddenly interested in Mormon culture, and there are lots of Mormon bloggers that are cashing in and sharing their stories. Some of the stories end up being kind of silly, but if you are simply trying to get people to read about what is important to you, the Mormon Moment is one way to draw people in.

I do not want people to think that I don’t respect the bloggers whose posts I am sharing. All of them are good bloggers, and most of them write about Mormon topics all of the time. I have no doubt that they would have shared these thoughts and stories at some point, but as one friend told me the other day, “in the race to the election, bloggers are pushing hard to attract new readers before the Mormon Moment is gone.” So, to help you, I sifted through hundreds of posts to share the ones that I still remember. (This group of posts are nowhere near a complete view of Mormon bloggers. All of the bloggers are either Mormons, post-Mormons, or write about Mormon issues, even when it isn’t election time.)

So, what have you missed?

Mormon Moment Series – Part Four –Why can’t we seem to say what we mean?

Mormon Moment Series – Part Six – Who is a Mormon?

While it is not officially part ofmy Mormon Moment Series, please take a minutes and check out this post about Mormons, Masterbation, and the story of a teenager driven to attempt suicide, because of his wet dreams.

“But for the Grace of God….

This post is about a teen suicide attempt and some of the actions that led to it. The language is not vulgar, but it is specific. Please read only if, it is emotionally safe for you. A few days ago, I sent an email out to several family members and friends about a post on the Mormon Therapistblog. It deals with a sensitive subject, so please understand that this particular linked post is not g-rated, although it will not include any explicit language either. If you are uncomfortable with discussions about sexuality, masturbation, how to teach adults and children healthy sexual attitudes, or the negative impacts of shame, I suggest you skip this post, and not click onto the linked article.” 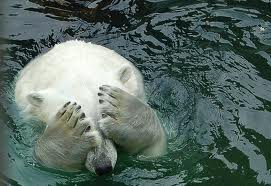 You can go here to read the entire post, including the responses from TBMs who are supportive of Mormon Therapist’s view, who also explain how the email about this young man touched their lives, and the lives of their children. This is a bold stand from all sides, as Mormon Therapist boldly proclaims, “Masturbation is not sinful behavior in of itself nor is it a transgression.”
We live in a time of great turmoil, and out youth especially need to love and support to deal with a variety of challenges. From masturbation to Coke, homosexuality to the age of sister missionaries, the church is changing or softening on a number of important issues. I believe that we need to support those who are members of the church, who continually ask questions and look for answers. I also believe that current and former members need to find common ground, in as many areas as they can, and work together on those shared goals. Almost every post-Mormon still has family or friends who are members of the church. Almost every member of the church knows someone who has left, been kicked out, or is inactive. While there are very real hurts on all sides, I believe that coming together and being the chance we want to see in our own lives, the lives of our family members, and in the lives of all of the children we love, can make that change a reality.
Whether you are celebrating General Conference today, or are in mourning because of it, there are always ways to find a little common ground, a little place of friendship, a little piece of shared light. We do not have to change our minds about our belief or lack thereof. What we can do is put the first brick into creating a bridge, that will help span the gap between us, and the children and youth who need to know that it gets better, no matter what your sexual orientation or habits! One last link. If you have a talent to share, leave a comment, and you could be the lucky winner of a pair of pearl stud earrings!

I live in Oregon. I love to hike and backpack! I write poetry, some good, some horrendous. I like to meet new people, and get new perspectives, online and in the real world. A number of my "online friends" have become "real life" friends too. I have no great artistic skills, mostly I love to write whther it is poems, personal essays, non-fiction science or health essays, and reviews. I love to write and send cards, which I make myself, with a little help from my sticker friends. Too often we only get bills, political fliers and junk mail advertising when we open up the mailbox. I want to spread the joy of getting something addressed to you, written by a real person, who is thinking of you when they write it. I do a Sunday review of blogs on my personal website, so if you want to have your personal website reviewed, stop by my website and leave me a comment with your blog's info. poetrysansonions.blogspot.com