Who says leaving the church means losing your community? The Mormon Stories Conference has been getting fantastic reviews (it’s better than church!):

The cool thing is that it’s a mixed group of believing mormons, questioning mormons, and exmormons, but the focus is on accepting everyone where they are at, not judging each other for beliefs, ending the exclusion and hostility and rejection, appreciating everyone who has the courage to say what is true even when it gets you rejected or cast out, etc.

On a less positive note, we have ex-Mormons who give ex-Mormons a bad name including folks who don’t get that one person’s experiences don’t have to negate another’s (see empathy). Tangentially related: there was a bit of discussion about orientation and choice. Personally, I think my life would have been simpler if I could choose whom to fall in love with and whom not to fall in love with and make it happen by simple force of will. Simpler, definitely, and a whole lot less interesting. But that’s just me — your mileage may vary.

For those who couldn’t make it to that conference (cause you’re stuck in Europe or something), we can all get together across the Internet. For example, participate in the Brodies — my goal is to have the polls ready by Wednesday, so hurry with those last few nominations! Maybe someday we can all get together IRL at the atheist temple. 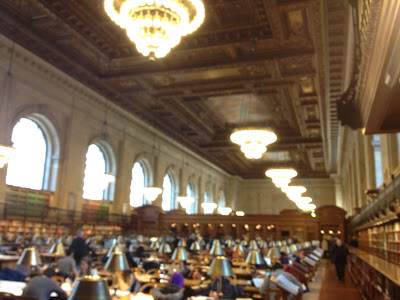 Outer Blogness was full of fascinating discussions this week!! Let’s challenge some gender-role expectations: Should a man feel guilty about being a stay-at-home-dad? (Part of me says “of course not!” yet OTOH, if we want men to get the full experience, we shouldn’t deny them magic of feeling guilty. 😉 ) SashimiX wrote some good advice (with a little help from Mrrgan) for virgin straight males entering the world of sex. (BTW: everything culture teaches us about the hymen is wrong.)

This (seemingly unrelated) batch actually fits together as an interesting discussion: Oxymormon girl discusses how the church fails to cultivate an environment for independent thought, and Amy has a relevant object lesson. Tarbet contemplates freedom, and Steve Wells discusses nit-picky (bathroom) rules that help keep you from thinking about anything else.

In life journeys: Simon Southerton has an amazing tale of what happened when he did some DNA research. Foxy Pink Cheetah is developing some pregnancy quirks. J-Dog is reflecting on what he’s learned since losing the faith, and Eric is reflecting on how he’s changed as well. Kuri just boxed up a part of his life, and Doing it Wrong and Becky are seeing their children off onto new life paths.

In books: So Says Me loved “Dancing with Crazy”, and ProgExMo gives Grant Palmer’s book 5 stars! OTOH, President Paternoster warns us away from “Raptor Jesus”. Similarly, Ardis Parshall rates this post “unworthy of FPR” — which means there’s got to be something interesting in there! (Is it really in the same league with other FPR posts like If the Book of Mormon is dull, the New Testament is duller? — undoubtedly true, but perhaps too obvious for a blog post…?)

And now for our weekly visit to the circus. Good thing the politicians are focusing on important issues. BCC provides an interesting discussion of what’s up.

Happy reading, and have a great week!!