Since my husband and I are from different countries, there was absolutely no question of rejecting legal marriage — we needed the protection of legal marriage to be sure to have the right to reside in the same country together. Even without that motivation, I’m sure we would have gone with legal marriage anyway, but the reason I mentioned gay marriage above is that — like many straight people on the side of marriage equality — I value the right to legal marriage more as a consequence of the fight to extend that right to all. But “what does that have to do with the Temple Wedding Petition?” you ask.

Well, perversely, my husband and I did not encourage our families to attend our civil marriage ceremony — the one in the Princeton municipal building nine years ago — that declared us legally married. If they’d insisted on flying in for it, we would have welcomed them to attend the ceremony (and to the little party and dinner for our handful of local friends), but we told them that the real party was the one we’d planned in France (a month later) — so don’t miss that one! 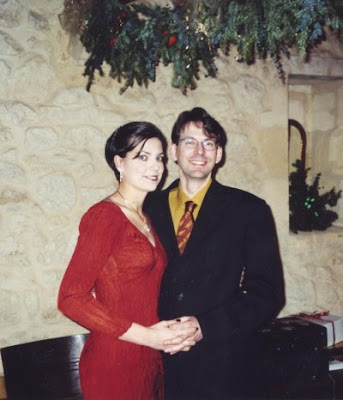 It was quite the party! 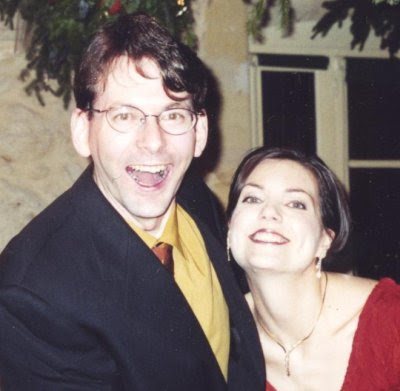 Having been raised Mormon, I had no attachment to the image of walking down the aisle of a decked-out church to say “I do” before a preacher, and my husband is a private enough individual that he wasn’t enamored of the idea of making a public statement of intimate sentiments. So we declared our commitment before our community in the way that we wanted to — by throwing a big party that everyone knew was a wedding reception, but didn’t include any particular ceremony.

That’s just us, though.

Different parts of the marriage ceremony and ritual have different meanings to different couples. Signing the legal contract is not necessarily identical with declaring your commitment in front of your families and community. I learned this by marrying a Frenchman, and got a lesson in how cultures can vary:

When we had our civil marriage at the municipal building, our witnesses were a French couple (friends of my husband from the university). I was surprised when they took pictures of everyone signing the legal contract. It had never occurred to me that it would be interesting to take pictures of people signing a contract, but (as I learned) it makes perfect sense in French culture because when the official, the couple, and the witnesses sign the paper — that’s what makes the marriage legal.

Since then, I’ve come to really like the French system where the legal ceremony and the religious ceremony are separate. Catholicism is the state religion, but they don’t deputize priests to sign legal contracts because that’s not their job — legal contracts fall under the jurisdiction of the courts and the Mayor. (Consequently, the state doesn’t have to concern itself with who is and isn’t ecclesiastically qualified to pronounce people married before God.)

I saw the beauty of this system in action a few years ago when a pair of friend of ours — devout French Catholics — were married. City Hall was right next door to the church, so the couple had their civil service, and then they and the guests all went to the church for the wedding mass. Often people pick the same wedding party for both ceremonies, but this couple decided to have their atheist and/or Jewish friends (including me!) serve as witnesses to the civil proceedings, and had their Catholic friends participate in the church wedding. It was beautiful, it was moving, and it was a way to include their entire community in their declaration of their commitment.

Different couples and different families have different expectations about how they’d like to declare their union before God, the law, and their community. I can understand (and relate to on a personal level) the sentiment that it’s not necessarily necessary to have your family on hand to witness “the moment of creation of your marriage” whatever that may mean to you. But in countries where a separate civil ceremony is required (like in France), the CoJCoL-dS allows the couple to have a temple wedding right afterward, with no penalty. So there’s no doctrinal obstruction to allowing couples in the U.S. to do the same if they so desire.

My Catholic friends didn’t value their church wedding any less just because they signed the legal papers before the Mayor. Similarly, LDS couples should have the opportunity to separate the mortal, legal contract step from the making of celestial covenants before God.