Something one hears quite frequently in the LDS Church is that inactive Mormons “just left to sin,” “were offended,” “intellectualized themselves out of a testimony,” and “just need to regain their faith”. On behalf of less- and inactive Mormons everywhere, I would like explain just why these assumptions are so painful, and why they do more harm than good to efforts at “reactivation”. Please note that this post really only applies to those Latter-day Saints who had a firm belief in the Restored Gospel before leaving the Church, to those who were fully immersed and involved, held callings and/or served missions.

For I and many other less- and inactive Mormons, leaving the fold came at great cost, pain, and deliberation. Its much more a “journey” and less an isolated decision. The Mormon religion is a culture and way of life as much as it is a faith, and it influences every relationship and decision a Latter-day Saint makes. Discovering something is myth rather than literal is not unlike losing a loved one – you go experience denial/isolation, anger, bargaining, and depression – sometimes many cycles – before reaching acceptance. Furthermore, the decision to “go inactive” has serious repercussions associated with it – Wives have left husbands who have lost their testimonies. Families have disowned children. Some even lose their jobs and livelihood, especially if they work for the Church. Those who choose to leave the Church are often painfully aware that these consequences are looming. That they choose to leave regardless should indicate something.

In my blog and forum readings, I have found that there are two major reasons that strong, converted Mormons leave the Church – social/values-driven issues and historical concerns. I fall mainly in the first group, while Monsieur Curie falls into the second. Let me give you a little bit of a glimpse into what disaffection means for these people.

Social/values-driven folks include people like me who leave the Church over things like Prop. 8, racism, or feminist concerns. These are people for whom the Church climate was toxic, or where Church teachings on social issues directly conflicted with their inner moral compass and affected them personally and negatively. These people will often put up with alot before leaving, and there is often a “trigger” that does them in. This trigger should not be construed as being offended, however. The journey is almost always a long, painful one and the trigger is more the “straw that broke the camel’s back” than a rash decision. These people could often (and do often) reconcile their intellectual concerns, and could accept a non-literal Mormon Church, were it not for strong dissonance between their conscience and Church teachings. For these individuals, their conscience battles with their faith, and their personal relationship with God wins out.

A very good example are those who left the early Church over polygamy. They felt strongly inside that God would never, ever, ever command Joseph Smith to secretly marry their wives, 30+ at a time. For instance, men were sent on missions and then come home to find their wives married to Joseph Smith or living with Brigham Young and pregnant, bearing his children. Although prophets can make mistakes, mistakes are monumental when they negatively affect your life.

Truth-driven folks like my husband leave after discovering Church history. Oftentimes, it isn’t the facts themselves that damn, but the gulf between what is taught in correlated meetings and what is historically recorded fact. These individuals are often troubled by this disconnect. These individuals often feel they have been deceived by the men they held as prophets and feel dishonest attending or teaching classes that offer white-washed or flat-out mythical church history. A good example of this is the discovery that Joseph Smith had 33 wives, one of whom was only 14 years old and many of whom were already married. The Church teaches that polygamy was for the “widows and spinsters” and began with Brigham Young, but the evidence strongly indicates otherwise. When presented with this evidence, the brethren’s response has been to hide it, deny it, and discredit those who would bring the information to light (i.e., D. Michael Quinn, the September Six, etc.). The argument is that it would “try the weakest of the Saints,” and they claim the need for “milk before meat”. This can literally drive truth-driven individuals insane. For these individuals, Elder Holland’s Safety for the Soul talk was a slap in the face, because it indicated a thorough lack of understanding by the brethren for their concerns.

“They just left to sin.”
The idea that someone leaves to go sin, while it may be true for some, really cannot be made as a blanket statement. Most Mormons I know who have left the fold did not do so to break the Word of Wisdom, rob banks, or commit adultery. They are still the same individuals they were before their testimony was shattered. If they “break” the WoW, it is because the WoW no longer has meaning to them. If the Church doesn’t hold the keys to heaven, then whether or not one drinks non-herbal tea really has no bearing on their eternal salvation. The Word of Wisdom is largely a Mormon rule; drinking coffee, tea, and alcohol (in moderation) are not generally considered “sinful behavior” by the vast majority of the world. Smoking cigarettes, while stupid, is generally not seen as sinful.

I think of it similar to how Hawkgrrl once described it – its like the Pres. Monson asking Mormons to wear pink socks on Tuesdays. Although Mormons may try to think of reasons for why the WoW can be a good principle, at the end of the day, believing Mormons keep the WoW “because the prophet said so.” If you no longer believe the Mormon prophet to be the sole revelator for God to the world, keeping Church rules is kinda pointless.

“They were offended.”
As I mentioned above, oftentimes when someone leaves because they have been “offended,” the offense is merely the last straw in a haystack of concerns. Removing the offense or offender will not help, because the haystack remains. For example, my “last straw” was the Ensign article “Staying Home… Again.” Prior to reading the article, I had already endured personal agony, depression, anxiety, and cultural rejection for my decision to be a working mother – not of necessity, but of choice. Even if the Ensign recanted the story, it wouldn’t bring me back to the Church; the haystack of feminist concerns remains.

“They intellectualized themselves out of a testimony.”
From an rationalist’s perspective, being told to ignore evidence, carefully choose only LDS-sanctioned historical texts, and not to question is tantamount to despair. As an artist must create, so must an intellectual think, read, and question. The “purging of the intellectuals” in the early 90s and the elimination of upper-level Church History research classes at BYU violates the concept of “academic freedom” that is so cherished by thinkers. These people would likely ask you what a testimony is worth, if it really is so fragile that a little reading will decimate it. Furthermore, as I mentioned earlier, oftentimes it isn’t the actual history that does people in, but the fact that they feel lied to and betrayed. The fact that the Church (through Elder Packer) has declared an all-out war on intellectuals doesn’t help.

“They just need to regain their testimony.”
The only response I can think of to this statement is: It isn’t that simple.

For the values-motivated heretics, they didn’t so much leave the church because of a lack of testimony, they left to avoid personal annihilation. For example, I earnestly tried to “fit the mold” of the good Mormon wife and mother in Zion – Bearing children eagerly and being willing to leave a carefully cultivated career. I did these things in direct contradiction with my conscience and answers to my prayers, because it was what priesthood leaders and the Mormon social norms were telling me God wanted from me. As a result, I was miserable, isolated, and a horrible mother. I was led to understand that my unhappiness with my divine role meant I was intrinsically broken. Accepting that the Family Proclamation was not universally applicable, and leaving the Church, brought me incredible peace and self-assurance. I left the Church because my mortal happiness required it.

Considering those for whom intellectual concerns abound, simply reading correlated history is not going to make you forget what you now know, and isn’t going to eliminate the gulf between fact and mythos. For these individuals, prayer and fasting will not make “lying for the Lord” and intellectual irresponsibility okay. If you are an academic, then being told that “some things that are true aren’t very useful” violates your moral code of academic honesty and integrity. If you are a thinker, being told to stop thinking is never going to work.

These sorts of misconceptions demonize those who have fallen away, and frustrate any subsequent attempts at “reactivation.” Unless active Mormons put away these broad (and often untrue) misconceptions of apostacy, there can never be reconciliation between the two groups. Everyone wants to feel heard, understood, and validated. No one likes being the victim of stereotyping. 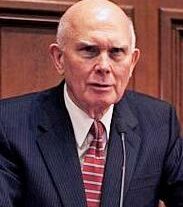